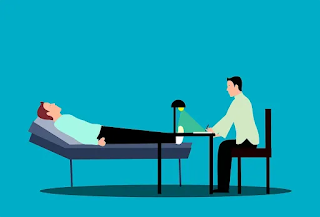 You’ve been down in the dumps lately, getting tired easily, not feeling rested in the morning, it’s difficult to look forward to things, the kids are bugging you and you are looking for a way to be left alone. Must be your partners fault, because why else would you feel this tired if they were pulling their weight? Then, after having thrown some passive aggressive (or just aggressive comments) your partners way, you feel guilty about all of the above and have to compensate for them, which in turn exhausts you further and then you are on the merry-go-round once again.

Probably most people read this and think “sounds like any given Tuesday”. But sometimes life is too difficult to bear, usually when sleepless nights are involved. People undervalue the importance of sleep; sleep deprivation is after all an effective torture method.  Eventually, you take the advice given by many and “go see someone”. After having discussed whether or not to seek help ad nauseum, and having seen the GP for a referral, researched online forever until you find someone that fits the bill AND has the time to see you, your suffering has grown legs by the time you sit in the waiting room. Finally, the therapist sees you, and it’s just a preliminary “get to know each other” meeting. Great. After the immediate disappointment of realizing that you’re not only not cured after this session, it will probably take another month before you are even diagnosed (unless the therapist goes on vacation). It’s even less clear at which point you will feel any relief. How can you believe therapy is the right decision at this point?

From the therapist’s point of view, it’s easy to forget that the process doesn’t start at the first handshake, but rather that we are jumping onto a train at 200 km/h. It might be an idea to speed up the initial diagnosing process, maybe up the frequency of sessions in the beginning, so that a person finds some relief quicker and continues the appointments. I was recently asked a few questions that I’m attempting to answer with all of this. How long is it supposed to take until you get better? There are so many different types of therapy, how do I know which one is right for me? Let’s say you’re not getting better after two months, does that mean you are the problem, or is it the therapist?

Someone told me of a horrible therapist they once saw, leading to her quitting the therapy right then and there, leaving a nasty complaint. Good for her, but not everyone has the confidence to do that. Instead, they might continue this treatment until said therapist goes on maternity leave. In that moment, you suddenly realize the therapist is just a person with a life and not 100% focused on you the entire time. Would you lose your faith in therapy after all that effort, or would you start from scratch?  I can’t imagine the kind of damage that might do to someone betting their life and wellbeing on therapy. It seems that there is also an element of unmet expectations to blame for this loss of faith.

One of the misconceptions of therapy I lay on the doorstep of the psychoanalysis portrayed in popular culture; the analyst with his beard and glasses who narrows his eyes while he looks through the patient, and says something like “it’s obvious that your problem originates from that time you mother switched your Fireman Sam lunchbox with your sister’s unicorn one” which leads to the patient having a “breakthrough”.  Who wouldn’t seek out a type of therapy that would claim to look for a magical button or key (read repressed memory) that if unlocked, would fix you. Looking for therapy like this, is more akin to finding a guru to attach to. A guru will give you a solution that seems magical, until you realize it’s not only not helping, you’re now also broke.

Let’s say, you have now gotten through all of these first steps I described earlier, and you are finally “in therapy”. The sad truth is this, therapy will work if you liken it to weighing 150 kg and going to see a personal trainer at the gym. No one expects to walk out of the door skinny or built after 30 minutes on the elliptical. You have to put in a lot of work, try to do just a little bit every day, mostly in the absence of the therapist. If, for example, you’re afraid of going outside, the treatment is to go as close to the outside as you possibly can, even if it’s just an inch every session, until you’re standing outside. Like the trainer, the therapist should help set up a plan for where you want to go, what that looks like, and work out steps on how to get there, give exercises for between the appointments and provide support.  Quite underwhelming in reality, but the effect is lasting.

This type of therapy is the only one where there is overwhelming evidence of it working. The will to change has to be present, and it has to be voluntary. I had a couple of patients who came to me because they were court ordered, and that was just a ridiculous waste of both my and their time for this reason. I will go out on a limb here and say, that if the will, and the gradual but steady work is there, it shouldn't take a long time before some improvement is seen, or at the least the faith in therapy as a concept is restored.

What if you’ve been going to therapy for a long time, and it’s not getting any better? Ask yourself the following questions: Are the problems you’re discussing the ones that resulted in the issues that brought you to therapy in the first place? Is your therapist making you face the truth about yourself? Because when you are afraid of an elevator, only voluntarily facing it, a little bit every day, can give you hope of ever entering it. So, what is your elevator? There is no memory from the past that if uncovered, will make it any easier, just more painful. When you muster the courage of posing these questions directly to your therapist (because they should be able to provide an answer), you will be able to work towards real and sustainable progress.

The type of therapy should not matter so much in my opinion. Any therapist worth their salt will encourage and support a change where that change is warranted, regardless of their school of thought. 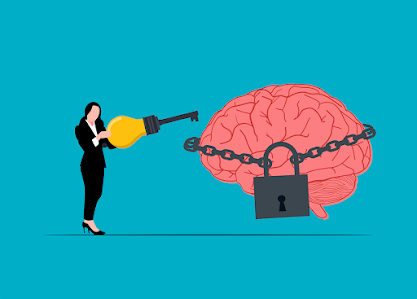 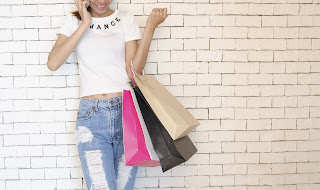